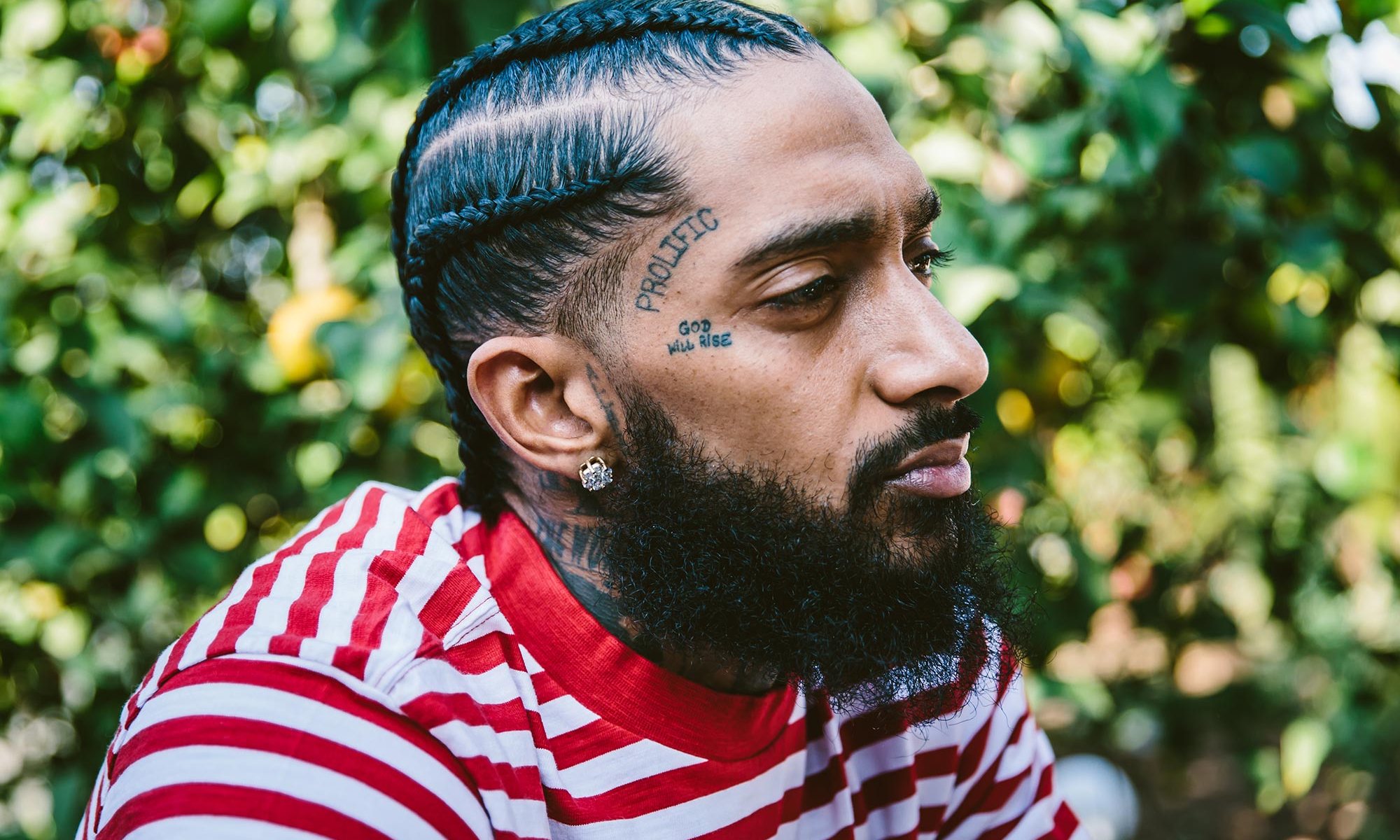 “Pull up in motorcades, I got a show today/ It’s all I’m tryna do, hustle and motivate/ Choppers a throwaway, hustle the Hova way/ That’s why they follow me, huh, they think I know the way/ ‘Cause I took control of things, balling the solo way” – Hussle & Motivate

Hussle’s death, whether you knew him personally or not, has affected the Black community in a remarkable way. Hussle was a walking success story and an inspiration to us all.

He was never shy about where he came from or the roads he had to take growing up to survive. However, he wanted people to understand that his reputation was not all he had to offer. His vision for his life and his community was much bigger and he wanted everybody to WIN.

In his music, Hussle talked a lot about his upbringing in Slauson and Crenshaw and his dedication and passion for making a difference within his communities in L.A. but also educating and inspiring his culture. Hussle wanted the best for inner city youth and Black people in America. He worked diligently to gain generational wealth, provide jobs and businesses for members of his community, and bring more diversity within the technology industry.

Hussle co-partnered with the founder, David Gross, to create Vector 90, a co-working space in South Central, L.A. for inner-city entrepreneurs and creatives. Vector 90 opened the day before Hussle’s album, Victory Lap released. It’s a two-story space created for entrepreneurs to rent out and use as offices for their personal businesses. The second half of the building, Too Big to Fail, is dedicated to teaching and learning the skillsets, STEM (Science, Technology, Engineering, Mathematics) needed to enter Silicon Valley.

He invested in Destination Crenshaw, a museum of art and culture celebrating Black L.A,  and helped assist in the renovation of World of Wheels, a roller rink, known for helping the birth of West Coast hip hop.

Recently, he purchased a strip mall in Crenshaw, where his The Marathon, clothing store lived. He hoped to rebuild the area as a six-story residential and commercial complex, where he also hoped to include a barbershop and Creole seafood restaurant in the plaza. Around the corner, he also owned a hair store, Elite Human Hair.

Apart from his businesses, Hussle gave back monetarily to underprivileged people in the community. The Los Angeles Times reported, “He once gave a pair of shoes to every student at an elementary school in Hyde Park”. They continued to recognize that he “offered jobs to his struggling neighbors”, ex-convicts, and “he would sometimes chip in for the funeral” of members of the community who lost their loved ones to gun violence.

He had a strong desire to improve communication, relationships, and the culture between LAPD and the inner city, as he had planned to have meetings with the Police Chief.

Victory Lap, Hussle’s debut or “official” album under a label, is a great example of Hussle being transparent about his life, plans, and providing advice to all his listeners.

Victory Lap became a Grammy-nominated album for “Best Rap album” that sparked respect from Hip hop enthusiast to wishy-washy hip hop fans. One thing was undeniable – Victory Lap was for the culture!

Previously, Hussle released several projects and mixtapes, including Crenshaw, The Marathon, and Mailbox Money, to name a few. However, for his official album, it was important for Hussle to join a label on “his terms” and for it be recognized as a partnership. As a result, Hussle owns the masters to his music.

Nipsey Hussle’s phrase, “The Marathon Continues” is synonymous to the Black man’s plight. Too often we’ve witnessed Black educated men and leaders who’ve used their platform to speak out against injustices and uplift and empower the Black community die too soon at the hands of gun violence.

Hussle’s death reminds us that we still have a long way to go and that the Marathon Continues. As a community, as a culture…it is imperative that we continue to strive and stand for the same goals that Nipsey strived for every day. It is imperative that we have his passion and instinct to give back to our communities and help those who are less fortunate and in need. It is important that we continuously bet on our selves, spread positivity and love, and root for everybody Black.

Marqueece Harris-Dawson, a Los Angeles Councilmember said that “Nipsey Hussle is a shining example of the best of what we can be”.

Nipsey Hussle will go down in history and his legacy will remain an unforgettable reminder to Hussle and Motivate.

Until tomorrow..
Little me not knowing in 2020 we would have to Quarantine! But life! Anyway, I’ve always had a smile on my face. 😂
2020 | Freedom A foreign concept. I’ve never felt free. Not as an American. Not as a woman. Not as a Black woman. They say freedom ain’t free. But I don’t think freedom exists at all. Not in the traditional sense. It’s more of a state of mind.
Learning to love and embrace life at every stage!
💕
Swipe left ‼️ A message from Khari @de_la_rich about this project: I believe it’s an artist’s responsibility to share their platform with their colleagues in an effort to build a mutually supportive community of creators. This is an effort to expand perspectives, provide exposure, and unite our communities. “Joint” is a digital editorial publication that highlights accomplishments, perspectives, and the efforts of local creatives here in Indianapolis. In this first edition we highlight four individuals who are making a change. I want to say thank you to everyone who was apart of this process. I look forward to seeing you all grow and prosper. ________________________________________ Please go check out @brytniedevon blog post to gain more insight on what “Joint” is about (link in bio) Photography: @alizalyn | Videography: @ravallavar | Creatives: @slickvicthedj @brytniedevon @ravallavar @ibetuwnta_lexus